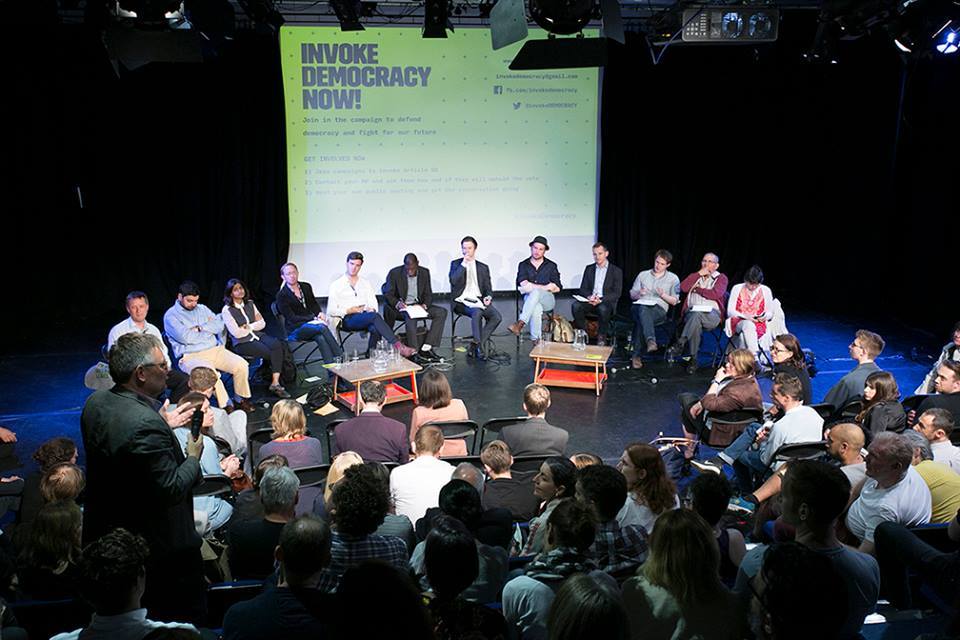 “Invoke Democracy Now”  Claims to be a “post-Brexit campaigning group set up to inspire wider public discussion of Brexit and democracy and to call on the government to uphold the vote.” but who is behind the organisation?

Claire Fox – Director, Institute of Ideas and writer for Spiked.

The contact details for the meeting and the organisation were via Saleha Ali, who happens to have written five articles for Spiked.

On Twitter the meeting was promoted by Justine Brian, who also happens to be a writer for Spiked and the National Administrator of the Institute of Ideas and Pfizer Debating Matters Competition, an “innovative and engaging new style of debating competition for sixth form students in the UK”.

The leading organisers of both the Institute of Ideas and Spiked are linked by their bizarre background in the Revolutionary Communist Tendency/Revolutionary Communist Party (RCP) and its principal publication Living Marxism.  This link gives a summary of this informal network of individuals and organisations: Living Network (LM):

In response to Justine Brian’s Tweet above I asked her for information about the people behind “Invoke Democracy Now” her response is below:

Ironically, Justine’s response is very similar to the first sentence of this summary of the Living Marxism Network.

Strangely Spiked seem to be running two almost identical campaigns in parallel.  Unlike “Invoke Democracy Now”, “Invoke Article 50 Now” is clearly sponsored by Spiked as indicated on the professionally produced posters of this small band of protesters. 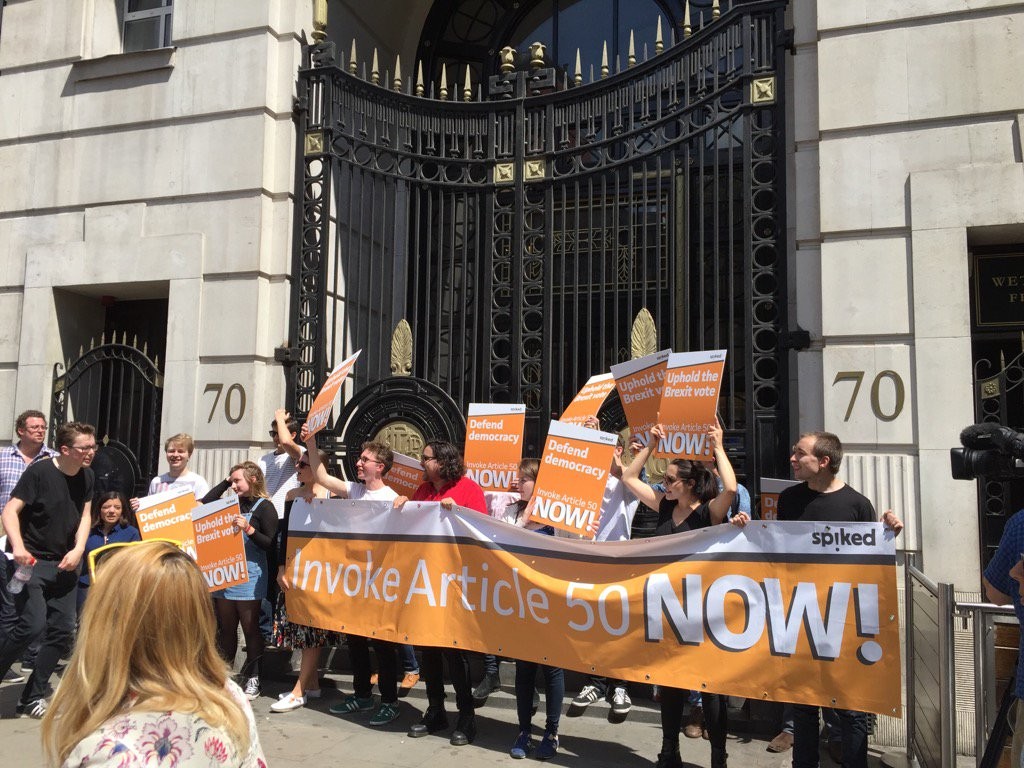 I have written about the Spiked “Invoke Article 50 Now” campaign here.

More on Spiked and the Institute of Ideas:

Invasion of the Entryists

Who Are They? Jenny Turner reports from the Battle of Ideas

Brexit: the battle for democracy starts here. (Institute of Ideas / Spiked on Line)

5 thoughts on “Who is behind the campaigning group “Invoke Democracy Now”.”