He also needs to answer the grave concerns about government misuse, misrepresentation and manipulation of evidence and statistics to create untruths that stigmatise everyone who is in receipt of benefits. At a time when violence and abuse directed at disabled people is on the increase and real hardship is leading to anger and frustration it is irresponsible to exacerbate the situation by using made up facts, inflammatory terminology, and the persistent use of rare unrepresentative, and salacious examples of benefit abuse.

No one expected welfare reform to be easy and we all want to ensure that abuse of the system is kept to an absolute minimum. But if it is to be genuine reform rather than part of an ideological agenda it needs to be based on facts, evidence, reasoned judgement, proportionate action and a public debate that avoids the temptation to smear and scapegoat one section of the community as “feckless scroungers”.  Benefit dependency is a serious issue which dates back to the de-industrialisation and high unemployment of the Thatcher years. It will only be solved by those with the humility to realise that we all share responsibility for the resulting damaged communities and that punitive, vindictive and degrading treatment alone is not going to be the solution.

It is good that Mr Glen is on the All Party Parliamentary Group (APPG) on hunger and food poverty and I hope the group is able to report back promptly and objectively. However it would also be useful if Mr Glen did what MPs are supposed to do and held the government to account for the consequences of its policies as well as its use of deliberately misleading and inflammatory rhetoric.

The Government is trying to justify its across the board cuts to welfare benefits by smearing all recipients as feckless scroungers: http://www.reasonandreality.org/?p=1789

The  disinformation, made up statistics, exaggeration and inflammatory language of both government and its supporters in the press bear more than a passing similarity: 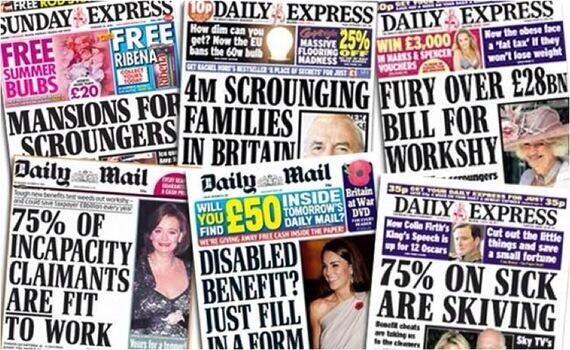 “We cannot rely on anecdotes, hearsay and unsubstantiated statistics”, says John Glen at the launch of an inquiry into food poverty”.  Glen, the MP for Salisbury, where the Trussell Trust, Britain’s largest network of food banks, is based, said at the launch of the inquiry at Lambeth Palace: “I hope this inquiry will take some of the politics out of the food banks debate so we can understand some of the underlying issues.”

And yet John Glen’s own party has consistently used anecdotes, hearsay and distorted or factually incorrect statistics to misinform and inflame the debate about welfare. This observation is not left wing bias or paranoia – the evidence is there for everyone to see in ministers’ speeches and the many times that the government’s own Official Statistics Authority has criticised ministers for misusing statistics.  I have written to John a number of times on this issue but he has never been prepared to accept the evidence, so this turnabout is very welcome, if a little surprising.

A Commons committee has accused the government of “hampering” its scrutiny of the Universal Credit welfare policy: http://www.bbc.co.uk/news/uk-politics-26936477

UPDATE (3rd April 2014):  Maria Miller and the culture of greed, impunity and arrogance

The Maria Miller story tells us: If your wage is too small to live on you are not allowed a spare room, but if you are an MP it is OK to have a spare  house.  It’s also OK for the MP to sell the tax payer subsidised house for a huge profit.

If Maria Miller were on benefits – failing to report changed circumstances to get housing benefit is a 6 months jail sentence.  Here is an example:  http://www.reasonandreality.org/?p=1441.

Then we have Maria Miller’s 30 seconds of blatant, unmitigated, unrepentant arrogance supported by Jeremy Hunt and David Cameron :

Maria Miller should have resigned. The culture of greed and impunity is back at the heart of British politics:  http://blogs.telegraph.co.uk/news/peteroborne/100266279/maria-miller-should-have-resigned-the-culture-of-greed-and-impunity-is-back-at-the-heart-of-british-politics/

Note:   Despite government rhetoric, the reality is that the vast majority of benefit claimants are law abiding – benefit fraud averages out at £55 across all claimants.  Contrast this with the £1.2m paid back from the Commons — an average of £1,858 per MP.