John Glen is very keen to support constituents who don’t want wind farms near their properties but in this question and answer session on BBC Wiltshire local radio he failed to give the same support to those constituents who might have similar objections to fracking.

The reality is that the government wants to give local communities the power to reject wind farms but not fracking projects.

So much for the government’s “Localism Agenda”. In plain English this means that local communities are free to make their own decision only if those decisions coincide with government plans.

Summary (a text book example  of double standards and irrationality):

John Glen is against wind farms, against subsidising wind farms and in favour of giving local councils powers to reject wind farms.

John Glen is in favour of: fracking, in favour of subsidising fracking and in favour of giving local councils a financial incentive to approve fracking. 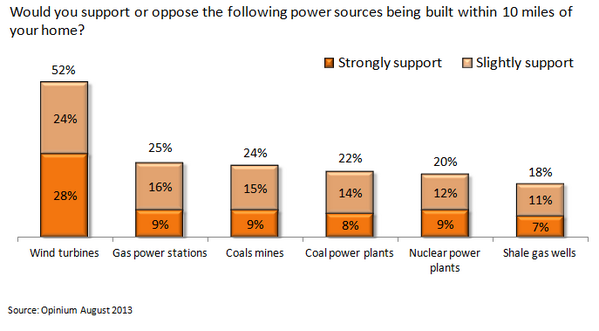 Fossil fuel generators get six times the constraint payments that wind does. But it doesn’t get reported. (H/T Wiltshire Clean Air Alliance):
http://www.scottishrenewables.com/news/sr-calls-greater-transparency-constraint-payments/

Barra turbine could be one of most productive in Western Europe: http://www.stornowaygazette.co.uk/news/local-headlines/barra-turbine-could-be-one-of-most-productive-in-western-europe-1-3267281

I do not feel obliged to believe that the same God who has endowed us with sense, reason, and intellect has intended us to forgo their use.